Lorighittas, a Sardinian pasta in the shape of an earring, has been passed down by women from generation to generation. However, the dish has remained mostly unknown to the outside world.

The story behind lorighittas’ name, derived from the Sardinian word ‘lorigas’, which loosely translates into ‘iron ring’, varies depending on who you ask. The name comes from the iron rings that were once fixed to the walls of local houses to tether horses and oxen when men returned from the fields. However, there’s another meaning. Lorighittas also loosely translates to the Sardinian word for ‘ears’.

The tradition of making lorighittas originated in the town of Morgongiori in western Sardinia. Nestled in the foothills of Monte Arci in western Sardinia, the village of Morgongiori dates back thousands of years to the Nuragic era between 900 and 500BC. The first settlers arrived in the 6th Century BC in search of obsidian, a precious black stone derived from volcanic activity prominent in the region. Today, this town of around 800 inhabitants is perhaps best known for its handicraft rugs and tapestries, which are traditionally woven on ancient horizontal looms and are preserved in the village’s Museo Vivente dell’Arte Tessile. The second most recognised craft, however, is lorighittas, listed as endangered by Slow Food’s Ark of Taste.

The first recorded history of lorighittas dates to the 16th Century, in a testimony regarding the production of a peculiar pasta braided in the shape of a ring in Sardinia. The report was made to the King of Spain, who had control over most of southern Italy including Sardinia, Naples and Sicily at the time, and who had inquired about the economic activities happening on the island.

Traditionally, lorighittas were prepared exclusively in Morgongiori for the feast that takes place on All Saints Day every year on 1 November. Like many regions throughout Italy and especially Sardinia, food customs and traditions are tied to villages for anything from religious reasons or family gatherings to Sunday lunch,

One of Morgongiori’s most popular fables, told to local children, is the story of Maria Pungi Pungi. Armed with a pitchfork, this witch-like character would fly over the houses on the night of All Saints Day and pierce the bellies of children who had eaten too many lorighittas, so that the pasta would fall out.

Over the centuries, Sardinia’s pastoral culture dictated that it was a woman’s duty to take care of food preparations while the men were busy on the fields, so it’s not unusual that dishes like this would be made primarily by women.

Their shape is an embroidery of pasta the techinique of which is traditionally passed down from mother to daughter
While there remains some debate over whether lorighittas were made exclusively by unmarried women in the village in the hopes of securing a husband, given Sardinia’s history of superstitions relating to food and matrimony, it wouldn’t be difficult to imagine.

There are many traditions in Sardinia relating to food and marriage. For lorighittas, it has to do with the idea that for young, single women in a large family, it was a tradition or a wish for them to get married – so while they were waiting on a wedding ring, they would work on this ring-like pasta in the kitchen with their mothers and grandmothers.

The effort to maintain lorighittas started in 1994, when the Morgongiori town council got together and decided to host a festival dedicated to this special pasta. Renzo Ibba, mayor of Morgongiori, said the town also invited some of Sardinia’s most acclaimed chefs at the time – including Roberto Petza, owner and chef of Michelin-starred S’apposentu di Casa Puddu in Siddi, a village in central Sardinia not far from Morgongiori – to come and present different recipes.

“The town council also involved local, small producers (all women) to give tradition a new life, thanks to an EU-funded programme that helped them emerge from a family production to a professional undertaking.

Today, the town of Morgongiori continues to dedicate the first Sunday of August to lorighittas in a town-wide festival called Sagra Delle Lorighittas, to showcase its culinary legacy. 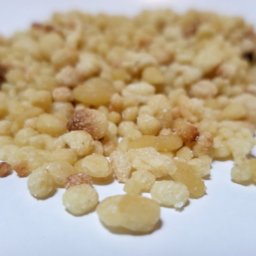 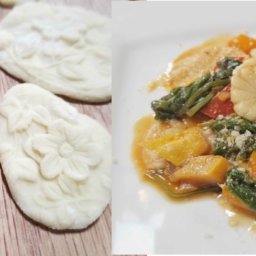 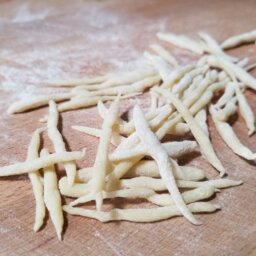 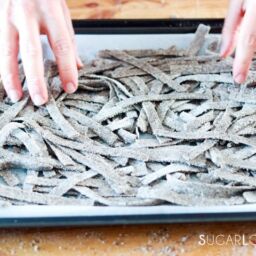 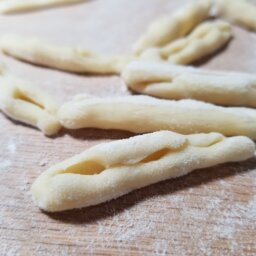 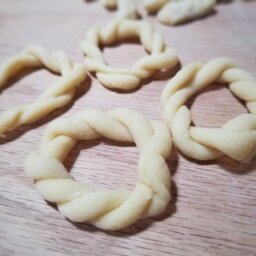 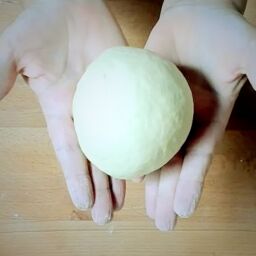 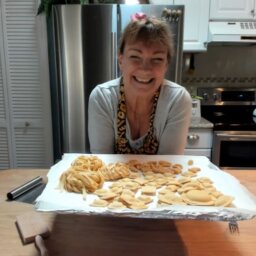 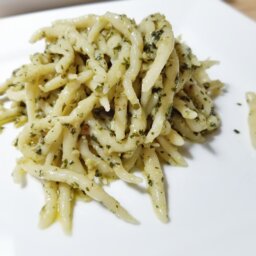 Of all the pasta that we make, we love making trofie best of all. It is one of a number…